The votes have been counted and verified. So with no further ado, here are my top albums of 2015. 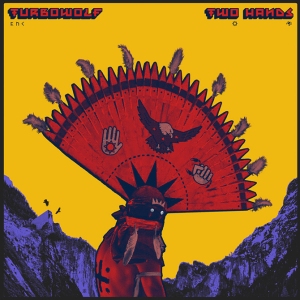 It’s easy to forget that the second outing from Bristol psychadelio-bruisers Turbowolf is less than a year old as a fair few of the songs have been part of their live show for longer, but here it is in all its glory, 11 slices of pure bonkers for your listening pleasure.

In all honesty, Turbowolf’s recorded output often takes a bit of a back seat to their incendiary live shows, but it’s on disc that the band really create a vivid soundscape and it’s great to hear live favourites plugged in together from the comfort of your own home. Tracks that had been teased out up to a year before like ‘American Mirrors’, ‘Solid Gold’ and ‘Rabbits Foot’ sound even better when in the context of the full record which barrels along quicker than Road Runner with Wile E Coyote and a stick of Acme dynamite on his tail.

The band’s first record was so well received it would have been easy for some laurel-resting to have occurred with round two, but when Turbowolf are involved that was never going to be the case. Employing guest vocalists throughout (including the crazily powerful Vodun singer Chantal Brown on the swirling ‘Rich Gift’), Two Hands is heavier than before and weirder than ever with the electronica piping out like a demented Commodore 64. It seems only fair that ‘Rabbits Foot’ in particular got so much airplay in 2015 after it became the summer bounce-along of choice for the discerning gig-goer, and far from being a sign of the band selling out, it’s simply a track that showcases what Turbowolf have always done so well; write catchy as hell groove-rock anthems that anyone with feet can move to.

It’ll be interesting to see where the ‘Wolf go next, but on this kind of form, the sooner they get album number three out, the better. 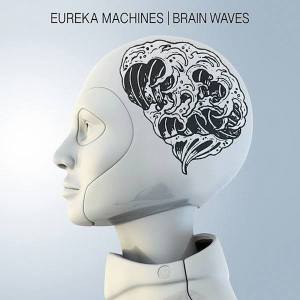 Another band noted for their incredible live shows and for touring their backsides off, Eureka Machines also proved in 2015 how to concoct a record that epitomises the very spirit of their group. Already three albums in and armed with an arsenal of pop rock glory, it was going to take something special to top what had come before, but Brain Waves really took the band to the next level.

Many of the songs on this record seem more personal than usual, and the music mirrors the frantic frustration of ‘Paranoia’ and the noisy insanity of ‘Sleep Deprivation’ whilst remaining beautifully structured, allowing the listener to be absorbed into the melody.

Chris Catalyst’s lyrics are still intricately witty, and his guitar hooks even more polished than usual, whilst the rest of the band crash along with creativity and flair, particularly on the punky “Welcome To My Shangri-la” and the blistering ‘Neuro Bolero’.

Brain Waves has already proven itself in the live arena too, sounding just as brilliant on stage, and it’s left the band with the glorious conundrum of how much of their old stuff they should drop from their set to make room for this new bunch.

If you’d told a 17 year old me in 1996 that Baby Chaos wouldn’t make another record until 2015, but it would be damn well worth the wait, I probably would have laughed in your face and gone and hit another shot of Aftershock. Fast forward to now and I’m feeling proud as punch with the success of a record that I’m sure even the band themselves would admit was looking unlikely up until a couple of years ago.

Always master songwriters, Baby Chaos epitomised everything that was great about music for me when I first heard them supporting Terrorvision in 1994. They were punky and snarly but also full of melody and catchy hooks, leading to my copy of Safe Sex… being transferred onto C-90 cassettes for friends left, right and centre. In 2015 they released another marvellously titled record, Skulls Skulls Skulls Show Me The Glory, and almost wrapped up Album Of The Year there and then. Although not quite as raucous as previous outings, Skulls still shows the mischievous side of Babbers C, especially in the aptly named ‘You Can’t Shut Us Up’ and the stomping ‘Have Faith In Yourself’.

Baby Chaos were always masters of their genre but dear lord has 20 years of experience taught them a thing or two. Skulls has a bit of everything, from Muse-esque stadium rock in ‘The Whispering Of Giants’ through to the snapping bite of ‘P P P Peaches’ and the pureness of ‘Poison Ivy Girls’. In any other year, this record would have topped my list, and even though they’ve just missed out, this is proof if ever it was needed that your favourite band may not be as done and dusted as you once thought. A stunning return. 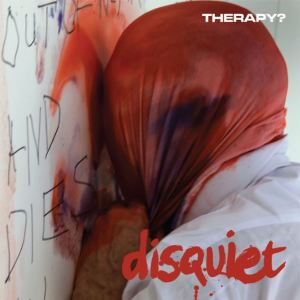 Regular readers will know that Therapy? are kept somewhere very, very close to my heart, with their albums and live shows featuring regularly amongst my favourites almost every year. Even so, last album A Brief Crack Of Light, despite being brilliant, was heading into dark, dark territory and a small part of me was left wanting that three and a half minute short sharp shock of Therapy? from years past.

For a time Therapy? seemed to go down the same route as Star Trek films where every other album was a crowd-pleasing hit monster and in between we’d get angular, jarring, often harrowing slabs of twisted genius that took time to seep into our souls. Following this formula and having heard first single ‘Still Hurts’ from their latest opus Disquiet early in 2015, I can honestly say that “excited” was one of the understatements of the year.

Don’t get me wrong, Disquiet is still a pretty bleak album both musically and lyrically but cutting through the whole piece is a level of musicianship and skill that you rarely find with other bands these days. ‘Still Hurts’ is a furious three minute blast of buzzsaw riffs, pounding drums and Andy Cairns’ trademark howl, before the band switch down a gear with ‘Tides’ which sees the frontman’s vocals and guitar switch to a more sombre, enveloping sound.

‘Good News Is No News’ has comparisons to ‘Dopamine, Seratonin, Adrenaline’ (from 2006’s One Cure Fits All), but forges its own path into oblivion whilst the funereal dirge of ‘Deathstimate’ is a brontosaurus-sized slab of riffage.

Touted in some quarters as a sequel of sorts to Troublegum, Disquiet isn’t quite that, more the sound of a band taking 25 years of experience and influence to create a beautifully rounded piece of modern rock. And I for one will raise a glass to that.

To be brutally honest this decision hasn’t been taken lightly. I almost feel bad knocking my boys from Therapy? down a position or two but Ghost‘s Meliora is as stunningly complete a record you were likely to encounter in 2015. Somewhat unfairly criticised for their second record, 2013’s Infestissumam, Ghost, took the ghoulish blueprint they’d created and turned it way up to 11 in 2015, producing something so accessible and instant it was hard to ignore.

Admittedly there is a commercial sheen on Meliora, with the band themselves admitting they veered away from referring directly to Satan in order to gain more airplay, but this hasn’t stopped them producing a set of darkly melodic mantras. On Meliora, Ghost combine the more simplistic 70s fuzz of first record Opus Eponymous with the experimental leanings of their sophomore to bang out a platter chock full of riffs and the hypnotic catchiness we’ve all come to expect.

More importantly, Ghost finally feel like a proper band on Meliora rather than just being a spooky circus led by the enigmatic Papa Emeritus. The sound is bigger than ever and the Nameless Ghouls aren’t there just to make up the numbers, they all pitch in to make the band’s sound more complete than ever. From the 70s weirdy beardy synths of ‘Spirit’ to the rumbling bass of ‘From ‘The Pinnacle To The Pit’, and track of the year candidate ‘Cirice’, Meliora simply goes from peak to peak. The record isn’t afraid to try something a little new either, most notably with the acoustically-charged emotional package of ‘He Is’ or the pop canter of ‘Absolution’, but nothing on Meliora feels out of place, even when sat alongside creepy little sinister belters like ‘Mummy Dust’.

It’s been an amazing year for heavy music, but with Meliora, Ghost really have shown the contenders what it to takes to pull together a total package.