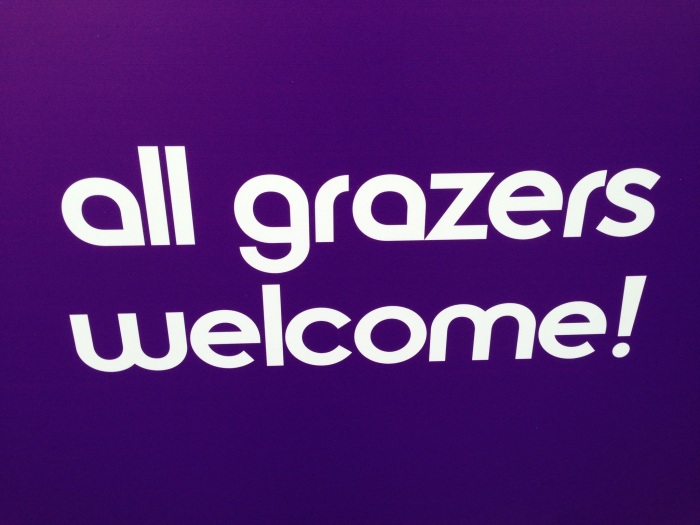 I often used to avoid attending major events as they seemed at odds with my dislike of the vast majority of the population. However, after thoroughly enjoying London during its most busy period, the Olympic Games, I decided this year to take the plunge and immerse myself for a week in the Edinburgh Fringe Festival.

2013’s Fringe saw around 3,000 shows take place across 300-odd venues all over the city and the first thing that hits a newbie is how well organised everything is. Bearing in mind that the city is also catering for the usual tourists as well as its local population during the Fringe’s run, it’s remarkable that the atmosphere doesn’t degenerate one bit whilst I’m there. Getting around is also made far easier than it has any right to be, thanks to numerous signs and helpful volunteers and even when veering off the beaten track you’ll still bump into something of interest.

Going for full immersion, I had booked some shows before even arriving in the city and each day I pretty much decided my itinerary for the next; an easy system and helped massively by the multitude of box offices spanning the city. For the uninitiated, there are key areas of the city that each hold numerous venues, mainly The Plesance, The Assembly, and The Caves, although the more traditional comedy club, The Stand, also expands out into its surroundings and hosts shows across four venues during the festival.

These main venues each have their own set of bars, street food stalls and other entertainment, meaning that whether your wait for a show is ten minutes or an hour, you can quickly grab a beer and enjoy some Scottish sunshine. I was hugely impressed by the fact that I did not have to queue for a pint even once, as the bars are so plentiful and efficient there simply is no slowdown, unlike other large events with which I’m familiar such as the Manchester Christmas Markets, where even getting a half seems a chore to rival two week’s worth of laundry.

Pretty much every square foot of potential show-space is utilised during the festival, and unlike so many other cities where traditional boozers are closing down left, right and centre, here they use each upstairs room and cellar bar for shows of all shapes and sizes, with the artists themselves often running the technical aspects themselves.

The other beauty of this festival is that it is pretty much self-policing. Admittedly there were doormen at the drinking venues, but largely the venues are open, welcoming places with none of the frustrating bag searches that you get at so many other major events. The shows are so tightly packed in that the staff have to be ruthlessly efficient but they do so with a smile each and every time, whilst the comedians keep to schedule (knowing they get fined if they run over). The punters even take their rubbish with them meaning the venue is ready for the next set of show-goers without being deep-cleaned by a team of DustBuster wielding off-duty students. All of these aspects ensure that even the tightest of schedules can be planned and achieved with relative ease.

Something else you’ll see across the city are hordes of flyer-profferers, but unlike Las Vegas where the flick of a titty ad card is almost aggressive in its execution, those offering you one-sheets to shows you may not know about are friendly and are often the artists appearing in said show themselves unafraid of self-promotion.

Something you may be surprised to see is the sheer amount of comedians who potter around, largely unbothered by fans, checking out friend’s shows whether they’re performing at the festival themselves or not. Over the course of the week I ‘bumped into’ Jimmy Carr, Steve Pemberton, Tim Key, Daniel Rigby, Richard Vranch and many, many others, all of whom appeared to be enjoying things just as much as I was.

Is there a downside to the whole experience? Well, it is expensive. Let’s not forget this is a European capital city where the standard £4-a-pint minimum always applies, but there’s so much choice of food that you can pick up tasty bargains or even self-cater with ease. Shows themselves range from free (although a donation is always appreciated) up to about £20, so if you’re packing in a lot it all adds up. You may also struggle to fit in every last show you want to attend, even if going for a week, so be prepared to rank your key events and get them in early.

You can also expect to pay through the nose for accommodation, but if you hunt early enough in the year you might drop lucky like I did with a perfectly central, huge apartment that you can share with a few friends to cut down costs.

The city’s layout can also be baffling (especially to pig-headed idiots like myself) with its quite literal underbelly being on a level that often seems impossible to get to, so a day of familiarisation is going to be useful to the first-timer.

And then, what of the shows themselves? Having seen 35 shows over the course of the week, featuring a total of over 70 artists, I thought it would be impossible to write about it all. And with such massive variety within the programme of events I also thought it would be tricky to discuss my top picks. But being the glutton for punishment that I am, I thought I’d give it a go…